A slow, one-player thoughtgame written as an act of automatic writing for the Libre Baskerville Jam. An actual game I would play by myself while in a thoughtful mood, walking back to my dorm room at night in college. This is about viewing other people and places in the real world around us with the same wonder and awe we do with stars and possible alien peoples on them. Enjoy.

Marginalized folks: If cost is an issue, email me at sublimemarch@protonmail.com and I’ll send you the pdf for free, no explanation needed

In order to download this game you must purchase it at or above the minimum price of $1 USD. You will get access to the following files:

The City is as Stars.pdf 38 kB

The City is as Stars is a thoughtful game in both ways: it’s insightful and smart, and it’s also fueled by a deep sense of empathy. It’s—or at least, it plays very similarly to—a game I’ve often loved in my life, without ever having thought of it as a game.

Often, a writer can suddenly reveal something you’ve known to be true all along, but had never put the words to. The City is as Stars feels like that. The city-sky has been there all along, after all; Fen’s important work is in showing us how to look for it—and how to look out for each other, once we’ve seen. 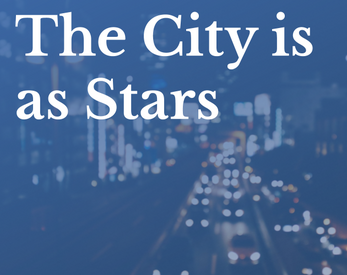